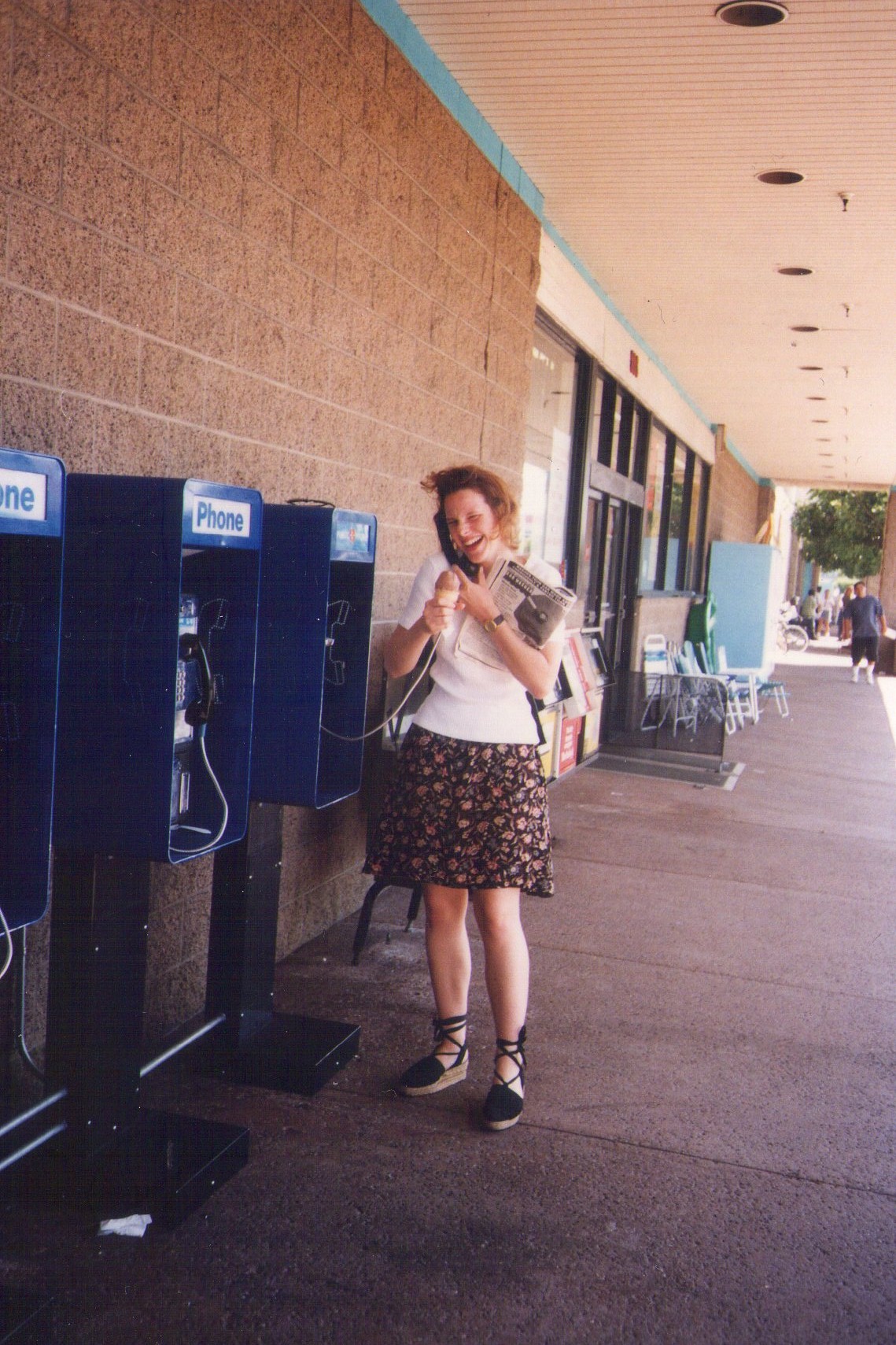 Some people don’t have to be in your life for long to make an impression. I spent perhaps half an hour, 45 minutes max, in the company of the Mexican guy, but I still think of him every now and then, especially now, when I’m reading so much more about the US than usual. I met him the one and only time I visited the US, 21 years ago, and I’ve wondered about him since: was he a person of faith? Or just a kind person? The motivation for a good deed is more mysterious than the reasons for all the usual venial wrongdoing. I guess he’d be in his mid to late forties now, a bit older than me. Anyway, if he ever needs help, I hope someone looks out for him the way he did for us.

Our paths crossed because I had flown out to see my friend who was staying in LA, and we had been sightseeing Downtown – I remember Marilyn Monroe’s tiny footprints, like the marks of high heels made for a child. Next we were meant to catch a bus across town to a ball game – the quintessential American experience. It got dark. We got lost. The place emptied out, but not quite. There were no commuters, no shoppers. This wasn’t Oxford Street. There were next to no women. My friend looked anxious, and it dawned on me as well that maybe this was not a safe place to be. Somewhere a fire flared; an old guy in a wheelchair was trying, without much hope, to sell a piece of string and a roll-on deodorant in a shoebox. There was desperation in the air, and not much is more frightening than desperation.

Enter the Mexican guy. We were at the wrong bus stop, trying to figure out where to go next. He approached us and asked us where we were going. We told him. He said he would show us. He said to follow him, and we did. We traipsed after him to another bus stop – it wasn’t far but I don’t know if we ever would have found it on our own – and then he got on the bus with us and it started moving through the darkness to where we were supposed to be. We didn’t make conversation. The Mexican guy looked out of the window as if this kind of thing happened all the time, and my friend and I sat quietly and absorbed the idea that this was most likely going to turn out fine. We both knew we had just got lucky, and just like bad luck, good luck can be hard to believe in.

In the crowds outside the ball game we met my friend’s boyfriend, who was waiting for us and angry because we were late and he’d been worried. (None of us had mobile phones back then.) We explained what had happened. ‘We met this guy who said he would help us,’ we told him. ‘He came with us all the way…’ We turned to the Mexican guy to introduce him, but he had melted away into the darkness and disappeared. He had gone out of his way to help us – a couple of strangers in a place we obviously didn’t know – without expecting anything in return. We never got to thank him properly, much less to say goodbye.

I saw so many other things on that trip that I remember. On my first afternoon in my friend’s place in Venice – not as gentrified then as I believe it is now – while I was showering off my jetlag, I heard someone shouting out ‘Everybody get down!’ and an armed policeman bowled through the house to arrest someone in the backyard. Outside OJ’s trial, you could buy watches with cars on the hour and minute hands, chasing each other round and round. On the street somewhere, I watched the mute resignation with which a small huddle of middle-aged Latino men stared at the ground as the LAPD took away what they had been drinking – bottles of spirits in brown paper bags – and poured it away in front of them.

And I remember, too, the Greyhound bus I caught across Virginia, and how it went on and on forever, stopping every now and then at a low, one-storey, frontiersy-looking town, with the ridge of the Blue Ridge Mountains always in the distance. I could have crossed most of the UK in the time it took me to get across a bit of that one state. In one town we had a rest stop and as I was sitting outside a young white guy in a plaid shirt came over to me and pointed out his pick-up truck and asked if I’d like a lift. He said, ‘Do you party?’ I had no idea what he meant. I replied politely, Britishly, that I did indeed like to socialise, and then got back on the bus. 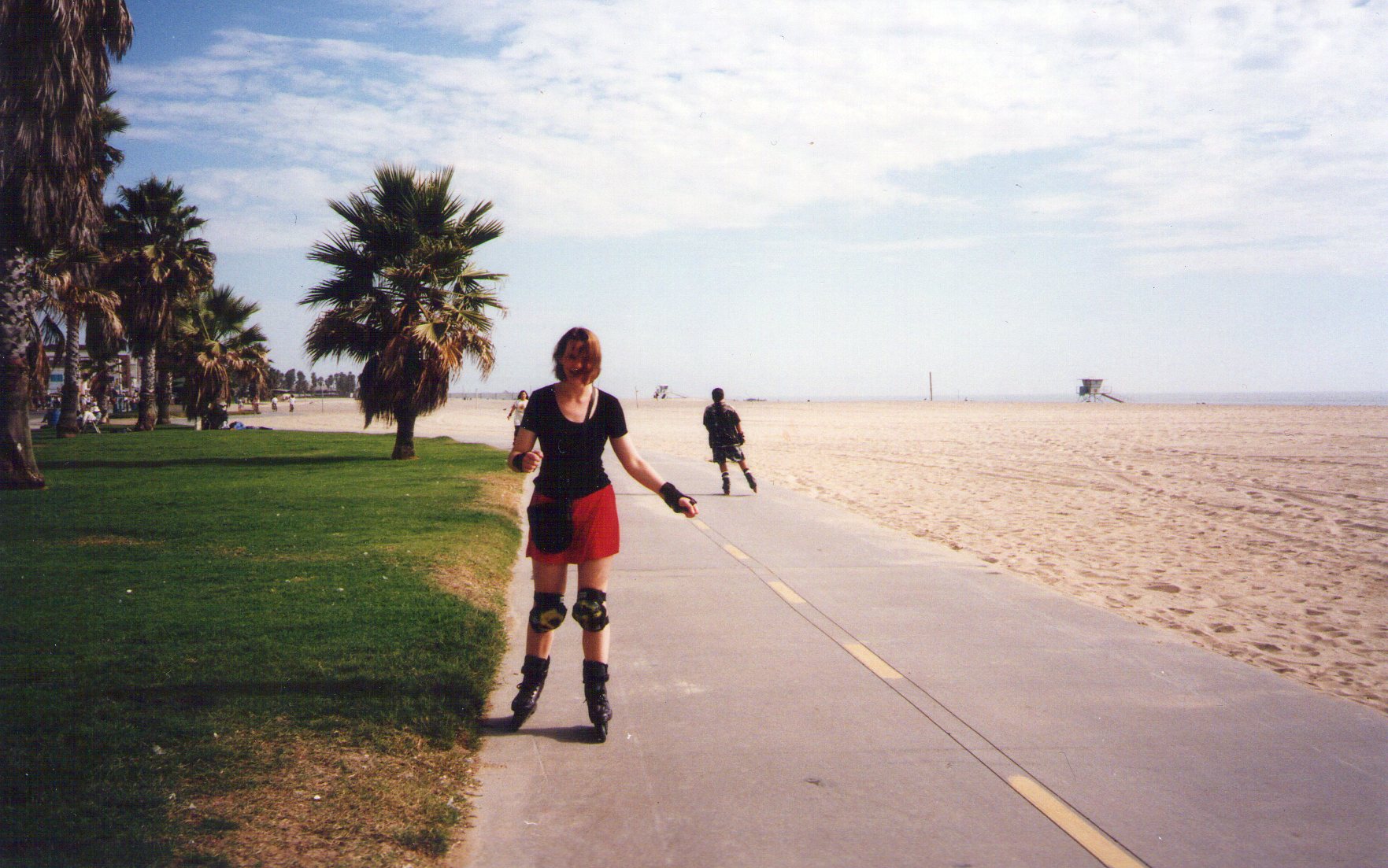