2015 was my year of reading Patrick Gale. I read a few more of his novels as prep for interviewing him at North Cornwall Book Festival (lucky me): Little Bits of Baby, Rough Music and A Perfectly Good Man. I also looked back over his 2015 bestseller A Place Called Winter and was knocked out by it a second time, having first read a proof copy last year (yup – lucky me again).

This was also the year I caught Ferrante fever – I read the first of the Neapolitan novels and know I’m in for a treat with the rest. Like Ferrante’s legions of other fans, I was drawn in and hooked fast by her brilliant depiction of the novel’s central female friendship, in all its ambiguous tenderness and competitiveness.

It’s been a year for going along to literary events and coming back with books. I stocked up at North Cornwall Book Festival, which has dominated my reading in recent months – the tent may be down, the sand long since shaken out of our suitcases, but NCBF lives on… It was great to see Jenny Balfour Paul, Patricia Duncker and M J Carter speaking about their books, and an even more lasting pleasure to read them (Deeper than Indigo, Sophie and the Sibyl and The Strangler Vine, which I’m reading at the moment. All brilliant.)
Another star of the festival was Neel Mukherjee, whose novel The Lives of Others I read last year, when it was shortlisted for the Man Booker Prize. (Here’s what I read in 2014.)

On a blazing autumn day in October I went to see Patrick Gale and Polly Samson in conversation at Henley Literary Festival – a startlingly steamy event (for an afternoon in a sedate town hall.) Polly’s new book, The Kindness, is a cleverly constructed tale of love, deception and thwarted paternity, due out in paperback in March.

Back in June, I spent a gloriously sunny evening in the courtyard garden of Mostly Books in Abingdon, listening to Laura Barnett talk about her twisty-turny, three-layered what-if narrative The Versions of Us. I also went along to see honorary Abingdon author Rebecca Wait (The Followers – a vivid and terrifying account of life as a teen inside a cult) at a panel event at Blackwell’s Oxford discussing whether novels can teach empathy.

In April, I went to Chipping Norton Literary Festival, where I missed out on Lee Child’s event but spotted him looking conspicuously tall and charismatic outside Jaffe and Neale. I saw Matt Haig (Reasons to Stay Alive – advice and insights on recovering from depression) in conversation with Cathy Rentzenbrink (The Last Act of Love – a memoir about her brother, who was left in a permanent vegetative state after a car accident, and the impact this had on the family: an unsparingly honest book that is as warm and tender as it is painful). I also saw Hannah Beckerman, Clare Mackintosh and Rowan Coleman speaking about mothers in fiction – and Richard and Judy!

This was the year I discovered Molesworth, which I have been dipping into from time to time over the festive season. Whether you’re looking for eternal verities or merely hunting for something to cheer you up before you go back to work, you may find what you seek in the comprehensively misspelled collected works of this 1950s schoolboy… Turn to Gerald Scarfe’s illustrations of types of teacher and parent, or the sketch of a manager, and you’ll see what I mean.

Also, if you’re in need of amusement and haven’t yet discovered Nina Stibbe, it’s time to get your hands on Love, Nina and Man at the Helm. (You will never see turkey mince in the same way again.) I am very much looking forward to seeing Love, Nina on the telly (Nick Hornby has adapted it – Helena Bonham-Carter is in it). I’ll also be looking out for Patrick Gale’s two-part TV drama, Man in an Orange Shirt in 2016. (And when is Poldark back on? Really really soon I hope. January is loooooong.)

I’ve read proof copies of two novels that are due out in 2016 (lucky me again): Sarah Duguid’s debut Look At Me, a sharp and suspenseful tale of sibling rivalry, and Monica Wood’s big-hearted One in a Million Boy. This is about an elderly woman trying to survive her way into the record books, a jobbing musician trying to compensate for his failings as a father, and the charming and unusual boy of the title, whose sudden disappearance draws together those he has left behind. Two to look out for!

So what will I be reading in 2016? Steve Silberman’s NeuroTribes is waiting, along with Patrick Gale’s A Sweet Obscurity and Friendly Fire, and I’d like to read more Penelope Fitzgerald – this year I read Offshore and as I’m working my way through in chronological order it’ll be Human Voices next.

Also, I’ve lined up the autobiographies of Bob Evans and Roger Vadim (research – I’ve read both before), along with Eve Chase’s Black Rabbit Hall and the first of Elizabeth Jane Howard’s Cazalet Chronicles. Also on my wishlist: Patricia Duncker’s Hallucinating Foucault.

I expect (and hope) I’ll discover many more new books and new authors. There are always surprises in the book store…
A big thank you to all the readers of this blog – here’s to happy reading and good times in 2016! 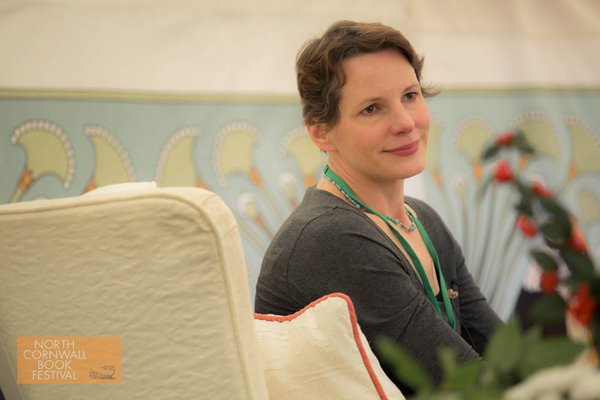 So here’s that rather long list of what I read in 2015, in approximately reverse order.

One in a Million Boy by Monica Wood

Sophie and the Sibyl by Patricia Duncker

Look at Me by Sarah Duguid

The Kindness by Polly Samson

The Last Act of Love by Cathy Rentzenbrink (‘I know I’m damaged. As I’ve walked through fire, bits of me have burnt off – but I accept that.’)

Diana by R F Delderfield (not for the first time!)

My Brilliant Friend by Elena Ferrante. (‘Lila no. To go out with her on Sunday became a permanent point of tension. If someone looked at her she returned the look’)

Man at the Helm by Nina Stibbe. (‘All those brave people who seem to do things solo actually have people in the background who love them or at least like them’)

The Versions of Us by Laura Barnett

The Followers by Rebecca Wait

How to be Both by Ali Smith

The Girl on the Train by Paula Hawkins (along with er 478,884 others, or thereabouts)

H is for Hawk by Helen Macdonald

The Story of You by Katy Regan

A Gathering Storm by Rachel Hore

The Butterfly Box by Santa Montefiore

Me Before You by Jojo Moyes

The Miniaturist by Jessie Burton

The Love of My Life by Louise Douglas

The Rosie Project by Graeme Simsion

Travelling to Infinity by Jane Hawking

Kramer vs Kramer by Avery Corman 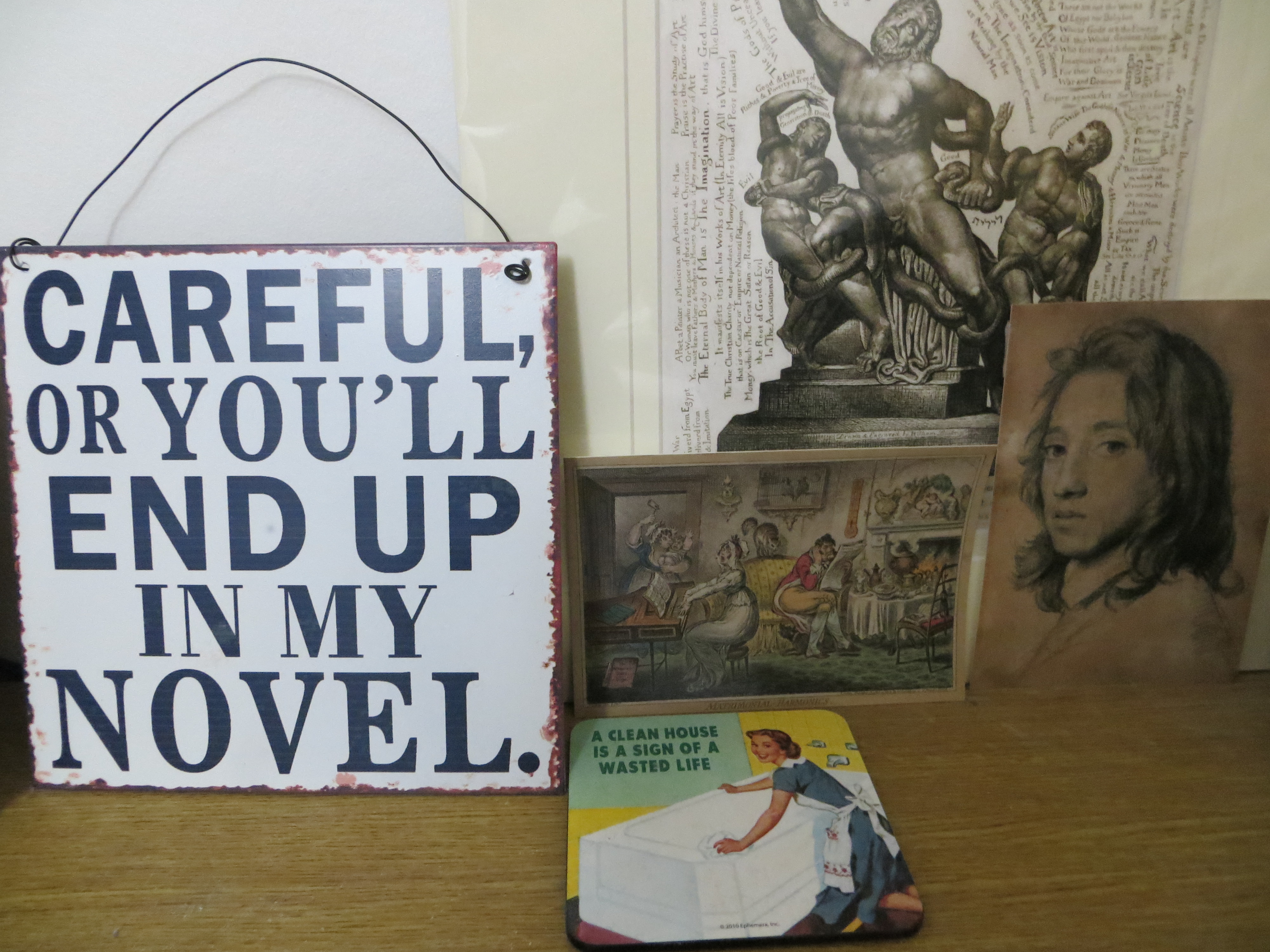