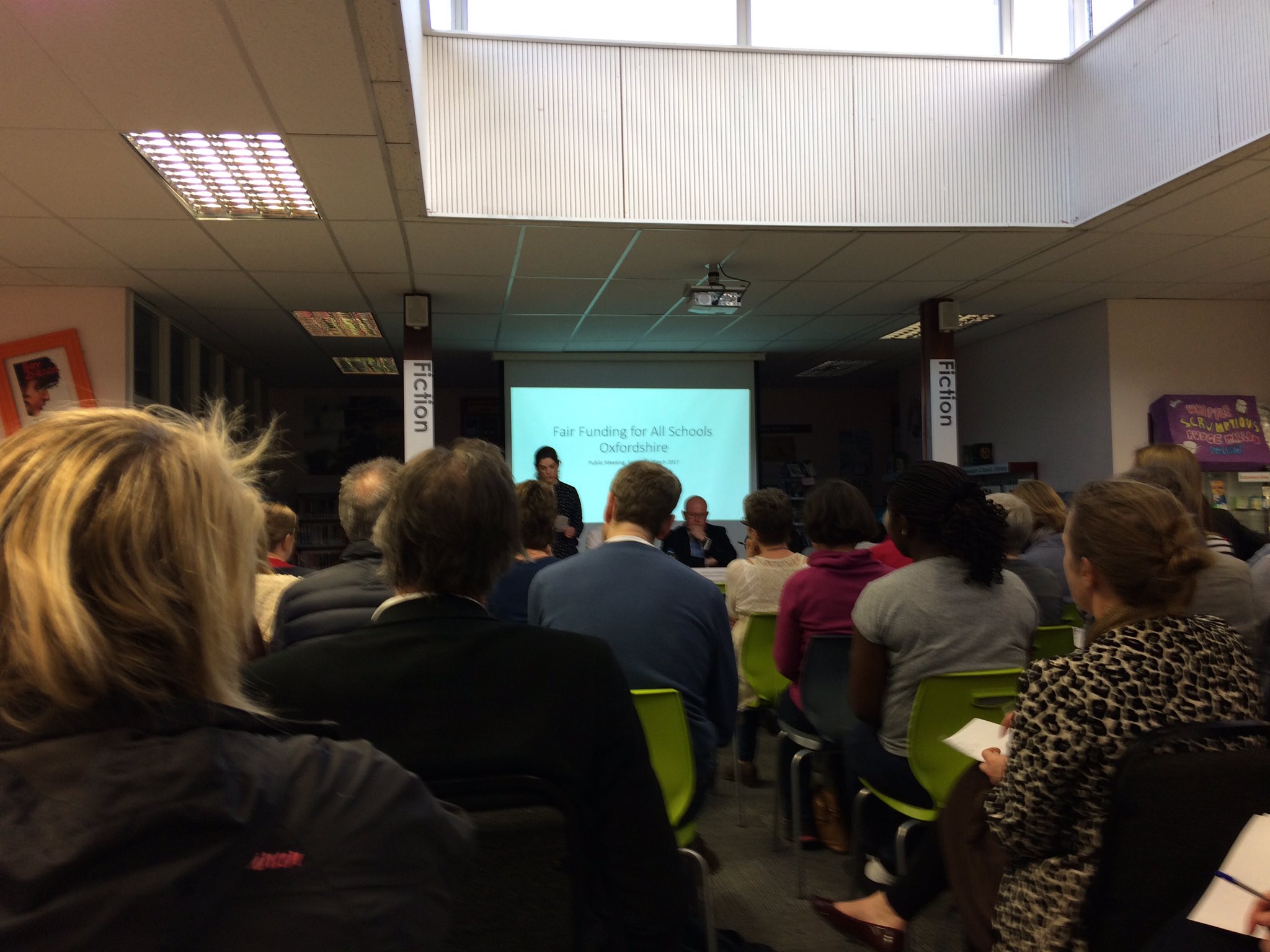 Yesterday I went to the Fair Funding for All Schools meeting at Larkmead School in Abingdon, and came away shocked by the cuts to funding per pupil that are on the way over the next four years. It’s a double whammy caused by the new funding formula and cuts to real term funding per pupil (which breaks a manifesto promise). There is a lot at stake: funding cuts are likely to affect numbers of teachers and teaching assistants, and the range of subjects offered, particularly music, visual and performing arts, design and technology and languages. Support for vulnerable students is also at risk and small schools in rural areas are likely to be hit particularly hard. It’s a cross-party issue – the meeting was chaired by the Conservative leader of Oxfordshire County Council, Ian Hudspeth. (Funding per pupil is set at a national level.)
However, there is plenty we can do about this. The Fair Funding For All Schools website has lots of info plus a template letter you can send to your MP. Also, we have county council elections coming up in May, so it’s a good issue to mention on the doorstep if anyone comes round canvassing for support. Here’s the School Cuts website with details about how much individual schools across the country are set to lose and the Fair Funding For All Schools FB page – there’s also an Oxfordshire FB page.
Yesterday night was the first meeting of the Oxfordshire Fair Funding for All Schools campaign  – the first meeting was in Haringey and the second in Wokingham, where I grew up. The Oxford Mail reported on how Nicola Blackwood MP has joined calls for a review of the funding formula, while the chairman of governors of Larkmead School has left the Conservative Party over the school funding issue.